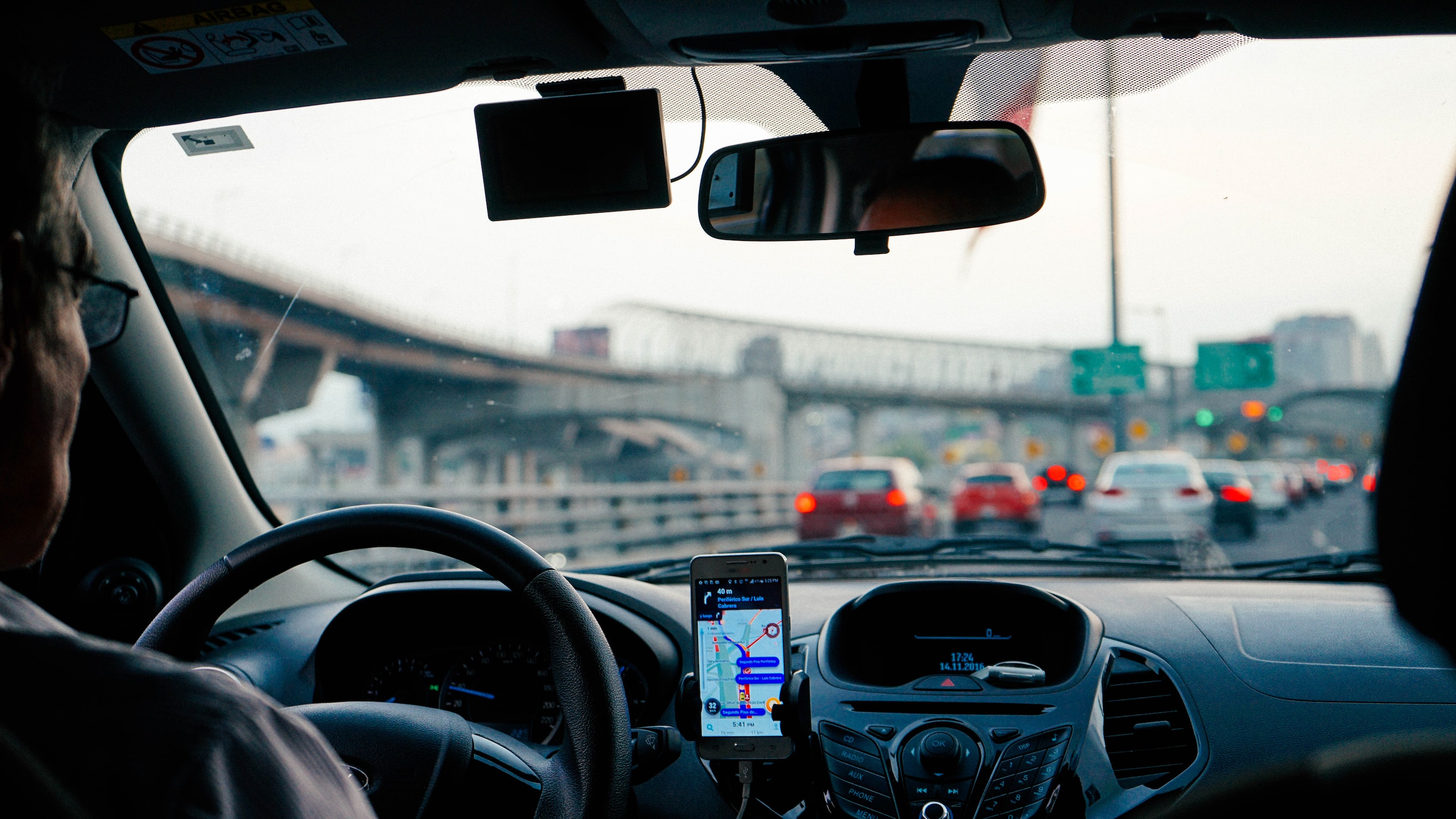 This summer, the Supreme Court of Canada ruled that Uber drivers can pursue their claim that they are employees in an Ontario court. In Uber Technologies Inc v Heller, 2020 SCC 16, a majority of judges held that a mandatory arbitration clause in Uber’s driver contracts was unconscionable and thus invalid. The drivers’ proposed $400 million class action can now proceed to the certification stage. While this case has been watched closely due to its implications for employee misclassification in the gig economy, the Court’s decision was primarily focused on issues of arbitral jurisdiction and contract law.

David Heller worked as both an Uber and UberEATS driver in 2016. In each case, he entered into a standard form service agreement with the company through its app. Under the terms of this contract, Mr. Heller was required to resolve any dispute with Uber through private mediation and arbitration in the Netherlands. The upfront fees for this process, which would be governed by Dutch law, amounted to at least US$14,500. This represented most of Mr. Heller’s annual income.

In 2017, Mr. Heller launched a proposed class action on behalf of all Uber drivers in Ontario. He argued that Uber misclassifies its drivers as independent contractors when they are in fact employees. Consequently, they are entitled to benefits such as the minimum wage, overtime, and vacation pay under the Employment Standards Act, 2000, SO 2000, c 41 [“ESA”]. Relying on its service agreement, Uber brought a motion to stay the action in favour of arbitration. In response, Mr. Heller argued that Uber’s arbitration clause was invalid because it was unconscionable and it violated the ESA. The ESA prohibits contracting out of any “employment standard” in the statute, which is defined as “a requirement or prohibition that applies to an employer for the benefit of an employee.”

In Heller v Uber Technologies Inc, 2018 ONSC 718, the Ontario Superior Court granted Uber’s motion, in a decision covered by TheCourt here. Justice Perell determined that the arbitration clause did not fall under one of the exceptions to an automatic stay in Ontario’s International Commercial Arbitration Act, 2017, SO 2017, c 2. While Mr. Heller argued that the matter was governed by the domestic Arbitration Act, 1991, SO 1991, c 17, Justice Perell characterized the parties as having a prima facie commercial relationship. He held that an arbitrator should be the one to assess the validity of the agreement in accordance with the “competence-competence” principle. This provides that arbitrators are competent to determine if they have jurisdiction (legal authority) to adjudicate a case before them. In the alternative, the agreement was not unconscionable, nor did it contract out of the ESA.

In Heller v Uber Technologies Inc, 2019 ONCA 1, the Ontario Court of Appeal overturned Justice Perell’s decision (read TheCourt’s coverage here). Writing for a unanimous panel, Justice Nordheimer found that the competence-competence principle did not apply and therefore, the Court had jurisdiction to determine the validity of the agreement. Justice Nordheimer reasoned that the ESA’s administrative claims process, which provides for filing complaints with the Ministry of Labour, was itself an “employment standard” under the Act. The arbitration agreement was invalid because it precluded access to this statutory recourse mechanism. He also found that the clause was unconscionable under the four-part test from Titus v William F. Cooke Enterprises Inc, 2007 ONCA 573 [“Titus”] due to Mr. Heller’s lack of negotiating power and the significant costs of arbitrating a small personal claim in another jurisdiction.

Writing for the majority, Justices Abella and Rowe dismissed Uber’s appeal. They first determined that the Arbitration Act applied because the dispute was fundamentally about labour and employment issues. In terms of the competence-competence principle, the framework established in Dell Computer Corp v Union des consommateurs, 2007 SCC 34 provides that challenges to an arbitrator’s jurisdiction should normally be referred to an arbitrator. The exception is where they involve pure questions of law or questions of mixed fact and law that can be decided based on a superficial consideration of the record. However, the majority acknowledged that because of the prohibitive fees involved in this case, granting a stay would likely mean that Mr. Heller’s challenge to the arbitration agreement would not actually be resolved by an arbitrator.

In order to cut this “Gordian Knot”, the majority created a further exception to the competence-competence principle based on accessibility. As a result, where there is a genuine challenge to arbitral jurisdiction, the court should not refer it to an arbitrator if there is a real prospect that doing so would result in the challenge never being resolved. This would apply where (for example) arbitration fees are far too costly, where the plaintiff cannot reasonably reach the physical location of the arbitration, or where a foreign choice of law clause circumvents domestic employment protections.

The majority declined to deal with the ESA issue. Instead, Justices Abella and Rowe found that the arbitration clause was unconscionable. In the process, they significantly updated the doctrine of unconscionability in Canada. The majority described the purpose of unconscionability as “[protecting] those who are vulnerable in the contracting process from loss or improvidence to that party in the bargain that was made” (para 60). It is an equitable tool that allows courts to set aside unfair agreements that stray far from the ideals of free, equal, and fair contracting.

In reviewing unconscionability, the majority rejected the four-part test from Titus as “unduly narrow” (para 82). Instead, they adopted the two-part test applied by Justice Abella in Douez v Facebook, Inc, 2017 SCC 33. This applies in circumstances where there is an inequality of bargaining power that results in an improvident bargain. Therefore, a finding of unconscionability does not require, as other decisions have suggested, that an improvident transaction be “grossly unfair”; that the imbalance in bargaining power be “overwhelming” or based on a closed list of factors; that the victim lacked legal advice; or that the stronger party knowingly took advantage of the victim’s vulnerability.

At the first stage of the test, inequality exists “when one party cannot adequately protect their interests in the contracting process” (para 66). This inequality may be personal (i.e., vulnerability based on the characteristics of the claimant) or circumstantial (i.e., vulnerability peculiar to certain situations). The majority highlighted two classic examples: cases of “necessity” (such as somebody requiring rescue at sea) and cases of “cognitive asymmetry” (either due to personal vulnerability or disadvantages specific to the contracting process). In the current case, Mr. Heller was clearly in an unequal position vis-à-vis the multinational corporation that crafted the arbitration agreement. There was a significant gulf in sophistication, he was powerless to negotiate any of the terms, and there was no information provided about the financial or legal implications of arbitration.

At the second stage of the test, an improvident bargain is one that “unduly advantages the stronger party or unduly disadvantages the more vulnerable” (para 74). Such an advantage may only be evident when the terms are read in light of the circumstances at the time the contract is formed, including the market price, the commercial setting, and the position of the parties. In agreeing with the Court of Appeal’s finding that Uber’s arbitration clause was improvident, the majority focused on the exorbitant administrative fees, the need to travel to the Netherlands, and the requirement to arbitrate under Dutch law. Evidently, these consequences went far beyond Mr. Heller’s reasonable expectations.

Importantly, and contrary to the concurring and dissenting opinions, the majority found that unconscionability does not require the defendant to knowingly take advantage of the other party. The focus is on the weaker party’s vulnerability rather than on the stronger party’s subjective intent. Otherwise, this could shield contemporary contracts of adhesion—where the parties did not interact or negotiate—from findings of unconscionability.

Justice Brown, concurring in the result, would have found the arbitration clause to be invalid on the grounds of public policy. He shared the majority’s concern that the agreement effectively foreclosed access to legally-determined dispute resolution. However, he felt that the majority opinion unnecessarily expanded the doctrine of unconscionability. Instead, he reasoned that a contractual term will be invalid where it penalizes or prohibits one party from enforcing the terms of their agreement, either through the courts or through equivalent alternative dispute resolution mechanisms. This is because such a term is contrary to access to justice and the rule of law. In this case, the arbitration agreement was not a reasonable bargain between the parties. The costs of arbitration were disproportionate to the parties’ relationship and created undue hardship for Mr. Heller. Therefore, upholding the agreement would be contrary to public policy. Justice Brown concluded (para 137):

Justice Côté, in a lone dissent, would have granted a stay on the condition that Uber advance the funds for Mr. Heller to initiate arbitration proceedings. Characterizing the case as a commercial dispute under a software licensing agreement, Justice Côté applied the International Commercial Arbitration Act and found that the validity of the arbitration clause could not be determined based on a superficial review of the record. As a result, she concluded that the challenge to the agreement’s validity should first be submitted to an arbitrator. Justice Côté was critical of both the majority and concurring opinions for creating new exceptions to the rule of systematic referral to arbitration, absent clear legislative intent to do so.

Commenting on the majority’s unconscionability analysis, Justice Côté agreed with Justice Brown that the stronger party must be aware of the weaker party’s unequal position. In this case, the evidence did not support a finding that Uber had either real or constructive knowledge of Mr. Heller’s unique vulnerability. Furthermore, Justice Côté held that the ESA claims process is not an employment standard because it does not impose obligations on employers. As such, the arbitration clause also did not contract out of the ESA.

Although the dissent’s remedy of a conditional stay may appear superficially attractive, gig companies offering to pay arbitration fees have been hit with an unmanageable volume of claims in several US states. Furthermore, this remedy implicitly acknowledges that arbitration would be impossible if Mr. Heller had to pay the upfront fees. While Justice Côté emphasizes the importance of holding parties to their arbitration agreements, the fact that the parties did not (and could not) negotiate these costs at the time of contracting reveals how this one-sided transaction clearly flouted Mr. Heller’s reasonable expectations. If the only penalty for businesses drafting unreasonable arbitration agreements is a conditional stay, what incentive is there to draft fair agreements from the outset?

Despite their different approaches, both the majority and concurring judgments endorse a common-sense proposition: a private arbitration agreement should not be upheld where, by its design, it makes it practically impossible for one party to pursue a legitimate claim. Furthermore, although the court was not assessing the merits of Mr. Heller’s class action, the judges were clearly influenced by their understandings of the underlying dispute. Where the dissent saw a commercial relationship, the majority recognized that this is ultimately an employment rights case for which international arbitration is inappropriate. Similarly, although the majority did not address the Court of Appeal’s finding regarding the ESA (which remains law in Ontario), they criticized the idea that a foreign arbitration and choice of law clause could legitimately circumvent domestic employment protections. As the parties return to the lower courts to debate certification of the class action, it remains to be seen whether the Supreme Court will be asked to weigh in on this case again in the future.

Erin Sobat is a third-year JD student at Osgoode Hall Law School. He previously completed a Bachelor of Arts in History at McGill University. At Osgoode, Erin spent eight months as a Workers’ Rights caseworker at Parkdale Community Legal Services. He has also been actively involved with Osgoode’s chapter of the Law Union of Ontario, the Journal of Law and Social Policy, and various other legal aid clinics. Erin will be articling at a union-side labour law firm in Toronto. Outside of law, he enjoys cooking, biking, and reading science fiction on his balcony.