R v Sanaee: Proving The Pain and Suffering of Animals in the Criminal Code

The Alberta Court of Appeal (“the Court”) in R v Sanaee, 2015 ABCA 224 provides guidance to trial courts in assessing the elements of the animal cruelty offences under the Criminal Code, RSC, 1985, c C-46, and interpreting them in light of the protection of animals and the way we see them in society. The Court does so by clarifying that expert evidence is unnecessary in finding that an animal has suffered, and by rejecting the accused’s argument that the defence of colour of right can be made out where the accused thinks their conduct is lawful (if unnecessary). 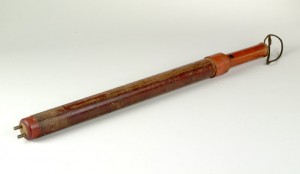 Ali Sanaee was a dog trainer and the owner of a daycare facility for dogs in Edmonton. In 2012 and 2013, witnesses saw him use an electric cattle prod on dogs. This device is a stick with electrodes on the bottom that produce an electric shock when an animal is hit with it. As the name suggests, these devices are used in cattle production predominately, though even industry standards recommend that they not be overused on cows.

In the first instance, Mr. Sanaee was seen by a dog’s owner using the prod on her dog when he showed aggression towards the smaller dog in their household. In the second instance, three witnesses saw Sanaee use the cattle prod on dogs he was walking. In this case, the witnesses testified that the pitbull which he had used the device against was not exhibiting any bad behaviour and was sitting peacefully. In both cases, unsurprisingly, the dogs yelped, jumped, ran away from the device, and hid their tails between their legs.

At trial, Sanaee denied that he used the cattle prod in either instance and also testified that he would only use it in emergencies and not for training. The trial judge did not accept his evidence and he was convicted of two counts of causing unnecessary pain, suffering or injury to an animal, contrary to section 445.1(i)(a) of the Criminal Code.

At trial, the Crown called two expert witnesses: a veterinarian qualified to give expert opinion on the appropriate discipline of small animals like dogs, and an animal behavioural consultant qualified to give expert evidence on the appropriate training and discipline for animal behaviour. Both testified that the use of a cattle prod was not appropriate for a dog. The veterinarian testified that it would cause dogs “excessive” pain. While the trial judge accepted their evidence, she also found that the evidence was not required.

One of the accused’s grounds of appeal arose from this issue, as he argued that the trial judge was required to determine how much of a shock the prod delivers and at what point of shock a dog feels pain. The Court of Appeal rejected this, finding that the Crown need not establish the technical quantification of the pain, but instead just evidence that the animal felt pain. The Court also specified that expert evidence is not required at all in making out an offence under section 445.1(i)(a). The non-expert witnesses were entitled to testify as to the state of the animals they witnessed, accepting these to be compendious facts. Additionally, the Court found that it “is unreasonable to suggest that a device that is designed to deliver a meaningful shock to an animal many times larger than the dogs in question would not cause unnecessary pain or suffering” (para 16).

The court’s interpretation of the use of expert evidence is beneficial for achieving convictions under the animal cruelty provisions moving forward. Section 445.1(i)(a) specifically states that the offence is made out where someone wilfully causes unnecessary pain, suffering or injury to an animal or a bird. The elements of the offence and the defences available, which I will return to later, uncover a number of difficult barriers for the Crown in making out the offence. For example, what does it meant to cause “unnecessary” pain to an animal as opposed to “necessary” pain? And, importantly for the purposes of this case, how does one prove pain and suffering? These questions have a variety of possible answers and they are questions inextricably tangled up in the law’s values and assumptions about the rights and welfare of non-human animals.

R v Sanaee provides not only guidance on how the Crown is to argue that pain and suffering has taken place, but gives a glimpse at this Court’s understanding of how we ought to view animals. By stipulating that expert evidence does not need to be adduced to show the exact threshold of suffering and instead that lay witnesses are entitled to testify that they viewed an animal in pain, the Court supports the view that animal sentience is not an anomaly. Instead, most people are capable of being alert to and knowledgeable about what it looks like for an animal to be in pain. Of course, it is very likely that this Court’s willingness to make a determination about pain based on lay evidence alone is because the species it was dealing with were dogs. Dogs are one of a few species that many people know quite well, that everyone has interacted with, and that many can emotionally relate to. It will be interesting to see the difference in judicial interpretation when it comes to other species, specifically those that are used in industries that do not generally have the sympathy of the public.

The accused also appealed on the ground that the trial judge should have considered the defence of colour of right, which is provided as a defence to offences under this part of the Code. According to section 429(2), no person can be convicted under the section where they are acting with legal justification or excuse and with colour of right.

Colour of right is defined in case law as arising in situations where an accused person has an honest belief that there exists a state of facts which, if true, would constitute a legal justification or excuse.[1] The defence is usually only successful in cases where the accused had a mistaken understanding of property title, and is much more narrow outside of that scope.

However, the Court of Appeal found that because the accused denied using the prod, the defence could not be made out. Additionally, the Court found the accused’s argument that he believed he was entitled in law to use the cattle prod to be an attempt to make a mistake of law defence, which is not available in criminal law. The Court clarified that regardless of whether the owner of the dog consented to the use of the cattle prod, no one can consent to inflicting unnecessary pain on an animal.

The Court of Appeal’s clarification on the use of the colour of right is also beneficial to the Crown interested in pursuing charges of this kind, by restricting access to the colour of right defence. Some courts have found that a moral belief in a state of affairs cannot give rise to a defence of colour of right.[2] This fact, taken with Sanaee, seems to suggest that there will be few, if any, circumstances where one can rely on colour of right to defend against cruelty charges.

Pushing Ahead in Alberta

Positions of this kind in relation to animal cruelty are not unheard of in decisions from the Alberta Court of Appeal. In Reece v Edmonton (City), 2011 ABCA 238, for instance, Chief Justice Fraser wrote a long dissent dealing with Canada’s animal welfare approach to the law, writing that the Criminal Code’s animal cruelty provisions are “so ingrained in our society that it is considered a rule of civilization” (para 56). While there are undoubtedly difficulties with the Criminal Code’s animal cruelty provisions and animal protection law in general, this case shows some willingness to interpret the Code in a way that accords with the interests of at least some species and the realities of their suffering.