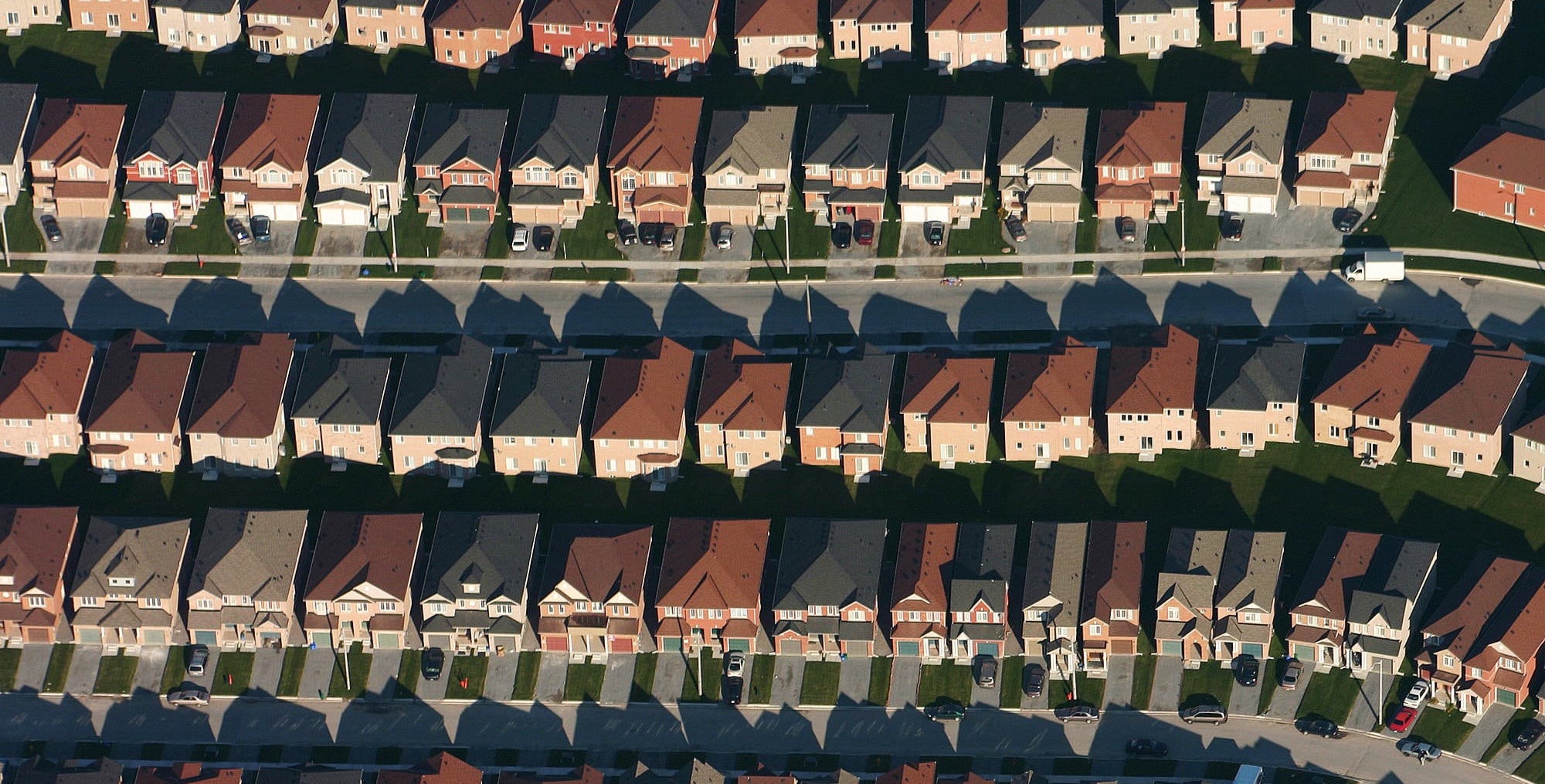 The Supreme Court of Canada (“SCC” or “the Court”) in early September  released its much-anticipated decisions in 1704604 Ontario Ltd. v Pointes Protection Association, 2020 SCC 22 [Pointes] and Bent v Platnick, 2020 SCC 23 [Bent]. In Pointes and Bent, the Court was tasked with interpreting s. 137.1 of the Ontario Courts of Justice Act, RSO 1990, c C.43 [CJA], a key provision of the province’s “anti-SLAPP” (Strategic Lawsuits Against Public Participation) laws. Section 137.1 allows a defendant to bring a motion to dismiss the action on the grounds that it intends to silence or gag the defendant from speaking about or participating in matters of public interest. As a recent addition to the CJA through the enactment of the Protection of Public Participation Act, 2015, SO 2015 c 23, and with counterparts only in BC and Quebec, the Court’s analysis in Pointes will serve as the guiding precedent for all future s. 137.1 proceedings as it was the Court’s first time engaging with any Canadian anti-SLAPP laws.

Writing for a unanimous court in Pointes, Justice Côté carefully moved through each stage of a s. 137.1 motion and clarified how each step should be applied by a motion judge. The interpretive analysis of the legislation, however, demonstrates the Court’s commitment to advancing the purposes of the anti-SLAPP framework, which include promoting expressions about and participation in matters of public interest, discouraging the use of litigation to limit such expression, and reducing the risk that participation in public forums will be met with retaliatory litigation (CJA, s. 137.1(1)).

There are three stages to a s. 137.1 motion. First, there is the “threshold burden”, which requires the moving party—or the defendant in the original proceeding—to satisfy a judge that the initial proceeding “arises from an expression made by” the moving party, and that the expression “relates to a matter of public interest” (CJA, s. 137.1(3)). An “expression” is defined as “any communication, regardless of whether it is made verbally or non-verbally, whether it is made publicly or privately, and whether or not it is directed at a person or entity” (CJA, s. 137.1(2)).

(a) there are grounds to believe that,

(i) the proceeding has no substantial merit, and

(ii) the moving party has no valid defence in the proceeding;

If a responding party fails to clear either hurdle under subs. (a) or (b), then the initial proceeding will be dismissed.

The Pointes Protection Association (“Pointes”) is a local environmental group in Sault Ste. Marie who advocated against 1704604 Ontario Ltd.’s (“170 Ontario”) proposed residential development. 170 Ontario needed the approval of the regional conservation authority (“SSMRCA”) and the city council for its development to proceed (Pointes, paras 84–85). They received approval from the SSMRCA but were rejected by the city council. Pointes applied for judicial review of the SSMRCA decision, and 170 Ontario appealed the council’s decision to the Ontario Municipal Board (“OMB”) (Pointes, para 86). However, Pointes and 170 Ontario agreed to abandon the judicial review proceeding of the SSMRCA decision by entering into a settlement agreement. In the settlement, Pointes agreed to not advance any position in  any legal proceeding that claimed the SSMRCA’s decision was “illegal or invalid or contrary to the [Conservations Authorities Act, RSO 1990 c C.27]…or that the SSMRCA exceeded its jurisdiction…” (Pointes, paras 87–88).

Pointes was granted standing at the OMB hearing, and the president of Pointes testified that 170 Ontario’s development would lead to a loss of wetland area and cause environmental damage to the region. The OMB ultimately dismissed the appeal (Pointes, para 89). 170 Ontario subsequently launched an action against Pointes for breach of contract, alleging that the testimony breached the terms of the agreement (Pointes, para 90). In response, Pointes brought a motion to have the action dismissed under s. 137.1 of the CJA (Pointes, para 91).

At the Ontario Superior Court, the motion judge found that 170 Ontario had effectively met its burden under s. 137.1(4) and dismissed the motion (1704604 Ontario Ltd v Pointes Protection Association et al, 2016 ONSC 2884). On appeal, the Ontario Court of Appeal (“ONCA”) found that 170 Ontario did not effectively demonstrate any substantial merit to its initial proceeding or show sufficient evidence of harm caused by Pointes’ expression as required under ss. 137.1(4), and allowed the appeal (1704604 Ontario Ltd v Pointes Protection Association, 2018 ONCA 685 [Pointes ONCA]). 170 Ontario appealed to the SCC.

In its analysis of the first stage of a s. 137.1 motion, the Court expanded the scope of the kinds of legal proceedings that can be challenged under this provision, and how “public interest” should be interpreted. First, the Court held that in order for the initial proceeding to “arise from” an expression, the moving party must show “that the expression is somehow causally related to the proceeding” (Pointes, para 24). However, the Court qualified that the proceedings that would fall within the ambit of bringing forward a s. 137.1 motion need not be confined to legal matters that are directly related to expression, such as defamation, but rather can include a range of legal actions, such as breach of contract (Pointes, para 24).

Additionally, the Court confirmed that the meaning of “public interest” ought to be given a broad and liberal interpretation (Pointes, para 27). However, the SCC added that the modifier, “a matter of” public interest, suggests that it is unnecessary to make a “qualitative assessment of the expression”, and instead, the motion judge should focus on “whether the expression pertains to any matter of public interest, defined broadly” (Pointes, para 28). This expansive interpretation creates a relatively low threshold for the moving party to meet.

Once the moving party has successfully met its burden under subs. (3), the onus shifts to the responding party to demonstrate that there are “grounds to believe” that the underlying proceeding has substantial merit, and that the moving party has no valid defence (CJA, s. 137.1(4)(a)(i)–(ii)). First, the Court held that in order for the initial proceeding to have “substantial merit”, there must be a strong basis in the record and in the law for the motion judge to find that the proceeding has “a real prospect of success” (Pointes, para 49). This standard, the Court clarified, is more onerous a threshold than that of a motion to strike, and less stringent than a “strong likelihood of success” (Pointes, paras 50–51). The interpretation of this stage departs from the ONCA’s finding that the substantial merit of the initial claim must be assessed by a reasonable trier standard (Pointes ONCA, para 80), and instead places a higher threshold on the responding party to present evidence in law and on the facts that the initial claim has a genuine prospect of success at trial.

Next, the responding party must persuade a motion judge that the moving party has no valid defence to the underlying claim. Although the onus is initially on the moving party to put the possible defences into play, the burden shifts back to responding party who must then invalidate the defences using the law and the record to show that they would not succeed at trial (Pointes, para 56). The Court determined, however, that this second step of the s. 137.1(4)(a) analysis operates similarly to that of the substantial merit step, as it also relies on “the strength of the claim or of any defences…” to demonstrate the initial proceeding’s potential success (Pointes, para 59).

The Court deemed s. 137.1(4)(b) as the “crux” of the s. 137.1 analysis (Pointes, para 61). This stage of the motion permits the judge to scrutinize the true motivations of the initial proceeding by assessing “how allowing individuals or organizations to vindicate their rights through a lawsuit…affects, in turn, freedom of expression and its corresponding influence on public discourse and participation in a pluralistic democracy” (Pointes, para 81). First, the Court clarified that for the responding party to demonstrate its alleged harm from the expression, there must be sufficient causality between the two events, such that the motion judge could infer that the harm is likely linked to the expression (Pointes, para 71).

More significant, however, is the Court’s interpretation of the public interest weighing exercise. It held that the inquiry into the level of protection that should be afforded to the impugned expression can be informed both by s. 2(b) of the Canadian Charter of Rights and Freedoms [Charter] jurisprudence, as well as the values underlying it. Those values are: the search for truth, democracy, and self-realization (Pointes, para 77). In particular, the Court stated that “[t]he closer the expression is to any of these core values, the greater the public interest in protecting it” (Pointes, para 77). The Court’s reliance on these values demonstrates a genuine commitment to the purpose of the anti-SLAPP framework to encourage freedom of expression and guard against retaliatory litigation, and emphasizes the ongoing significance that Charter values have in shaping areas of private law, such as defamation and contract law. The Court also highlighted a number of other factors a judge could consider in the weighing exercise, such as the history of litigation between the parties, the chilling effects on future expressions by the party or others, the moving party’s history as a public interest advocate, among many others (Pointes, para 80).

Application to the Case

The Court ultimately dismissed 170 Ontario’s appeal on the basis that it failed to overcome both the merits-based and public interest hurdles (Pointes, para 97). First, the Court quickly determined that Pointes had met its burden under subs. (3) since the expression clearly constituted a matter relating to the public interest in its concerns for environmental damage (Pointes, para 100), and had a “clear nexus” with the breach of contract proceeding (Pointes, para 102). Next, under subs. (4)(a), the Court agreed with the ONCA’s finding that 170 Ontario’s claim lacked substantial merit, particularly since the actual text and plain language of the parties’ agreement only restricted Pointes’ expression “as it relates to the SSMRCA’s decision and to judicial review of that decision” (Pointes, para 108). Although 170 Ontario’s failure to satisfy subs. (4)(a) was sufficient to dismiss the breach of contract claim, the Court stated that it would also find for dismissal of the proceeding under subs. (4)(b). It held that the public’s interest in protecting the harm alleged by 170 Ontario as a result of the expression does not sufficiently outweigh the public’s interest in protecting the expression (Pointes, para 113). In particular, the Court concluded that Pointes’ participation in the OMB hearing process is critical to the protection of allowing interested parties to participate in a decision-making process, and to “[strengthen] the integrity of the justice system by encouraging truthful and open testimony…” (Pointes, paras 123-124).

The Future of the Pointes Analysis

While the Court’s decision in Pointes provides much-needed clarification on the s. 137.1 analysis, it remains to be seen how courts, including the SCC, will apply it in future cases. In Bent, the companion case to Pointes, the Court split 5-4 in its application of the s. 137.1 analysis. Experts have noted that the Court’s split decision in Bent shows the unpredictability of a court’s interpretation of the Pointes analysis. Nevertheless, the Court’s broad definition of “public interest”, its stricter approach to the responding party’s burdens, and its adherence to Charter values all demonstrate its commitment to protecting the objectives of the anti-SLAPP legislation and providing clarity to a pressing intersection of private law and freedom of expression.

Julia Schabas is a third-year law student at Osgoode Hall and is one of the Managing Editors of TheCourt.ca. She holds a BA and MA in English from the University of King’s College and Dalhousie University, and has worked in governance and policy for various professional regulators. She is the Student Contributions Editor of the Osgoode Hall Law Journal and is a former Caseworker in the Workers’ Rights Division at Parkdale Community Legal Services. Julia’s legal interests include constitutional law, administrative law, and civil litigation generally. In 2022, she will be articling at a national full-service law firm in Toronto. When she’s not hitting the books, she can be found trying new foods, biking around Toronto, or reading fiction.