In first year law school, we learn the seven parts of a tort claim: volition, duty of care, standard of care, harm, causation, remoteness, defence. Some learn these in different orders, some apply them in separate steps, and others apply multiple steps at one time during their analysis. Causation, however, has always been a main point in almost any analysis.

In the normal circumstance, one must show a causal connection between carelessness and harm, which in a non-complicated fact pattern on an exam would be accomplished using the “but-for” test: would the plaintiff’s damage have occurred but-for the defendant’s negligence? Put differently, one must remove the carelessness of the defendant from the story and see if the plaintiff ends up with the same results – harmed.

As we quickly learned in first year tort law class, life does not reflect simple fact pattern questions you would normally hope to find on exams (and we all know that most of the time, our exam questions are not as simple either!). However, as we went through a lot of the cases in class, I remember thinking how little guidance the courts throughout the years have provided us when it came to the question of causation.

Adverse Inferences and the Issue in Benhaim

The case of Benhaim v. St-Germain, 2016 SCC 48, [Benhaim] addresses a case about this very topic, generally, and addresses an issue that has been discussed through various cases more specifically. It is worth noting that the case also addresses various other issues, but this post is dedicated to addressing only the following: In some cases of negligence, especially that of medical malpractice, the way the defendant is allegedly negligent might make it impossible for the plaintiff to prove causation. Even still, the plaintiff has to do his or her best to show some affirmative evidence and link the defendant’s carelessness to his or her harmful outcome. The question in this case was whether the trier of fact (judge or jury) is required to draw an adverse inference of causation against the defendant.

The Facts of the Case 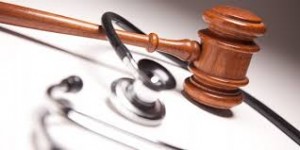 Although he did not smoke, Marc Émond died from lung cancer at the young age of 47. Cathie St-Germain, Mr. Émond’s wife, sued two of his physicians after his death, claiming that had they been more diligent in ordering tests sooner to understand what the mark on his lung was, Mr. Émond would not have died. At the trial level, the trial judge concluded that even though the physicians were negligent, causation was not established beyond a balance of probabilities (the civil standard, or 50%+1). The Quebec Court of Appeal reversed this decision, claiming that the trial judge should have drawn an adverse inference of causation and held the physicians liable accordingly.

The testimonies from other doctors at trial were conflicting. The plaintiff’s side argued that the cancer was not lethal at the time the doctors should have ordered more tests, but the defendant’s witnessing doctor argued that Mr. Émond’s condition would have led him to die at the same time that he did had the tests been run sooner anyway. The trial judge sided with the defendant’s expert, for various reasons [see para 21 and 22 of the judgment for more details].

The Court of Appeal of Quebec noted that an adverse inference of causation occurs when two criteria are established:

Under this test, the Court of Appeal felt that the plaintiff could successfully establish an adverse inference of causation because both requirements were fulfilled: the defendant’s lack of testing sooner made the plaintiff unable to prove causation, and the plaintiff was able to add some affirmative evidence of causation. This evidence highlighted that Mr. Émond’s cancer was at an early stage when the doctors found the mark on his lung – 78% of cancers discovered fortuitously, as Mr Émond’s was, are at stage 1, and stage 1 cancer has a cure rate of 70%. This statistic implied that the defendants were the cause of Mr. Émond’s death because they did not more vigilantly try to diagnose him sooner by ordering more tests. The judges writing for the Court of Appeal of Quebec found this to mean that the trial judge should have automatically found a link of causation.

Clear Guidance from the Supreme Court

At the Supreme Court, Wagner J. for the majority held: “In my opinion, no rule of law requires the trier of fact to draw an adverse inference of causation where the defendant’s negligence has undermined the plaintiff’s ability to prove causation, even where there is some evidence of causation” (Para 4, Benhaim). Therefore, the trial judge’s original decision of no causation being established was upheld. Specifically, they relied on Snell v. Farrell, [1990] 2 S.C.R. 311 [Snell], and St‑Jean v. Mercier, 2002 SCC 15, [2002] 1 S.C.R. 491 [St-Jean] in their reasoning. They noted:

This Court held in Snell that, in such circumstances, an adverse inference of causation may discharge the plaintiff’s burden of proving causation. Those circumstances do not trigger such an inference. Whether an inference of causation is warranted, and how it is to be weighed against the evidence, are matters for the trier of fact. Here, the trial judge’s reasons show that she did not draw that inference, although she was aware that it was available (para. 100). That conclusion is a question of fact and deserves deference from a court of appeal. [para 42, Benhaim]

Could it be? Have we received clear guidance from the highest court in the country on how to handle a causation case within tort claims? Well, not quite. It does not talk about how to handle complicated causation cases in general, but it does address the initial question it set out to answer: does the trier of fact have to draw an adverse inference of causation against the defendant? The case is clear on the discretionary powers of the trier of fact to invoke an adverse inference when the two criteria are filled – it explicitly states that just because the two criteria are filled, does not mean that the trier of fact has to automatically adversely infer for the defendant.

This has been a question that I came to when I read Snell and St-Jean in my first year tort law courses, and various other courses that have addressed the issue of causation. To me, the guidance that the Supreme Court provides is invaluable because it clarifies what powers trial judges have when it comes to cases where the plaintiff is unable to prove causation due to the defendant’s negligence. Cases like this are useful jurisprudence because there is no grey area, which allows for future cases to rely on proper instruction accordingly.