The contentious issue of severability clauses within the realm of employment law rears its head again in North v Metaswitch Networks Corporation, (Superior Court File # CV-16-2485-00, Ontario Court of Appeal File # C62624) [North], a case recently argued before the Ontario Court of Appeal (“ONCA”). A past review by TheCourt.ca of a pertinent case dealing with severance at common law can be found here.

Employment lawyers are watching North closely, as it may provide clarity on how employers should draft severability clauses in their employment contracts and the extent to which courts should apply these clauses to cure violations of employment standards.

In North, the appellant was terminated without cause by the respondent employer in March of 2016. Under the microscope were several clauses in the employment contract, which was originally signed in 2012 when the appellant first started working for his employer.

The presumption of reasonable notice at common law was established in Machtinger v HOJ Industries Ltd, 1992 CanLII 102 (SCC), [1992] 1 SCR 986. However, an employment contract may rebut this presumption as long as the contract does not violate the minimum requirements of the provincial Employment Standards Act, 2000, SO 2000, c 41 [ESA]. The ESA prohibits contracting out of employment standards. If a termination provision is rendered void for violating employment standards, then the common law presumption of reasonable notice will not have been rebutted.

In North, the appellant asserted that the termination provision in his contract was unenforceable because it limited pay in lieu of notice to only the appellant’s base salary, excluding commission payments owed under the ESA’s definition of “wages.” As a result, the appellant argued that the provision contravened the ESA and that he was therefore entitled to the common law presumption of reasonable notice.

The respondent, on the other hand, pointed to a severability clause in the agreement to argue that any illegal or unenforceable parts of the contract could be severed. The employer argued that the illegal restriction to base salary could simply be removed, thereby nevertheless limiting Mr. North to the length of the notice provided for in the contract (the ESA minimum).

At an application brought in the Superior Court of Justice, the court was asked to decide whether the illegal portion of the termination clause rendered the entire provision void or whether the severability clause could cure the offending provision. The result would mean, either the employer is allowed to defer to the contract and only pay the employee the bare minimum compensation under the ESA, or the common law presumption would prevail, thus entitling the employee to substantially more in termination pay. As always, it comes down to money and the extent of liability on the employer. Justice Donohue concluded that the severability clause could cure the contract’s illegality. The employee appealed to the ONCA.

On Monday, March 27, 2017, the ONCA heard arguments in the employee’s appeal. A ruling can be expected in the coming months. Today, TheCourt.ca interviews Mr. Ben Hahn, counsel for the appellant employee in North.

Where does North fit in the broader discourse of severability clauses in employment contracts?

This case is at the intersection of two recent ONCA rulings: Wood v Fred Deeley Imports Ltd, 2017 ONCA 158 [Wood] and Oudin v Centre Francophone de Toronto, 2016 ONCA 514; 2015 ONSC 6494 [Oudin]. In Wood, the ONCA ruled that when an employer contracts out of even one employment standard in the ESA, this has the effect of voiding the entire termination provision in the contract. As a result, the employee is entitled to reasonable notice at common law because the illegal contract is unable to rebut the presumption.

In North, the court has an opportunity to clarify the extent to which an employer can rely on a severability clause to overcome the basic rule enunciated in Wood that a single violation of the ESA renders an entire termination provision void.

What are some issues of predictability that arise when it comes to the use of severability clauses?

From the employer side, the challenge is always to know what words will successfully rebut the common law presumption of reasonable notice. Case law presents many traps for employers, and they often feel employees can attach themselves to subtleties of drafting which invalidate provisions of an employment contract. Employers hope to use severability clauses to protect their contracts from invalidation.

From the employee side, the presence of a severability clause in an employment contract makes it difficult to truly know what their rights are under the employment contract. A severability clause potentially allows an employer to effectively rewrite a contract years after it is signed. Employers could adopt elusive drafting techniques or just otherwise be relieved of the requirement for a ‘high level of clarity’ in their contracts. For example, the contract may be ambiguously worded, may contain contradictions or even outright violations of ESA standards. A severability clause could theoretically correct those issues with no significant consequence to the employer.

In North, the ONCA can enhance predictability in employment law by clarifying the extent to which a severability clause can be utilized by an employer, if at all.

Is the inclusion of such severability clauses standard practice?

The ONCA’s decision in North will help clarify whether an employer can word a severability clause in such a way that it empowers a court to cure its illegality, notwithstanding the common law prohibition against notional severance in employment contracts as articulated in Shafron.

Language is obviously critical. What are some pitfalls of the court potentially seeking to regulate the wording of severability clauses?

In Oudin, the language of the severability clause permitted the court to “modify” the contract to bring it into compliance with the law. On its face, this language appears to fall within the realm of the prohibited notional severance discussed in Shafron. In Oudin, Justice Dunphy modified the agreement to bring it into compliance with the law with apparent approval from the ONCA, who released a brief decision affirming the lower court’s decision. Neither level of court in Oudin considered the implications of Shafron.

Whether a severability clause can overcome the rule in Wood may depend on its wording. The availability of severance depends to some extent on how much of a contract is tainted by illegality. The rule in Wood says an entire termination provision is tainted by illegality as a result of a single violation. Can differences in drafting isolate some parts of a termination provision from other parts? What difference does a severability clause make? Can we distinguish between clauses for ‘just cause termination,’ ‘without cause termination,’ or ‘termination by the employee?’ Does illegality in one affect the enforceability of another?  The case law is not entirely clear.

What are some possible outcomes for this ruling you could realistically envision?

A second outcome could be that the ONCA determines severability clauses can never be used to override the basic rule set out in Wood that a single violation renders an entire termination provision void. This would significantly curtail the extent to which employers can rely on severability clauses.

Third, the ONCA may deliver a ruling somewhere in the middle. The court could distinguish the language of the severability clause in Oudin from the one in North and clarify how each applies differently. This may provide a roadmap for employers on how to properly draft severability clauses in employment contracts.

What recommendation do you have for individuals to protect their rights in advance of agreeing to an employment relationship?

The problem is that most employees have little bargaining power. An employee may seek legal advice before accepting an offer of employment, and a lawyer can identify terms that appear onerous or even illegal. But many employees don’t have the confidence to go back to the employer and renegotiate terms that may come from an employer’s standard template. The employee reasonably fears that the employer will just choose another candidate for the job. As a result, employees often accept jobs on terms which violate their rights.

If the employer can simply rely on a severability clause to revise the contract at some later date when someone identifies a violation of the ESA, then employers will have little incentive to ensure their contracts comply with employment standards from the outset. These scenarios are precisely why the upcoming ruling in North is critical.

In light of the power imbalance between employer and employee, policy considerations direct that employers should be encouraged to draft employment contracts which comply with the ESA at the beginning of the employment relationship. 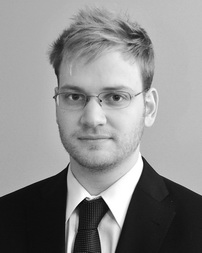 Ben Hahn is an Associate with Rogers & Company Professional Corporation in the firm’s litigation and employment law group. Ben can be reached at bhahn@rogersco.ca.