The Supreme Court of Canada heard arguments on December 1st about whether section 2a of the Charter – the provision that protects religious freedom in our country—could be extended to include an Aboriginal spiritual connection to land. This is the first time the Supreme Court will consider an Aboriginal religious freedom claim under the Charter. You can watch the live webcast here. 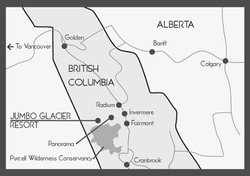 A map of the region and of the proposed development.

The facts, in brief, are as follows: Glacier Resorts want to build a ski resort on a plot of Crown land. The Ktunaxa Nation claim that they have a spiritual connection to this plot of land (which they call Qat’muk), and that building a ski resort there would destroy that spiritual connection. The Minister of Forests, Lands, & Natural Resources approved Glacier Resorts’ proposal to build the ski resort. The Minister considered the Ktunaxa’s right to religious practices under section 35 of the Constitution, but there was some doubt as to whether the Minister properly considered the Ktunaxa’s section 2a right to religious freedom in our Charter. The Ktunaxa appealed the Minister’s decision. They lost at trial and on appeal to the British Columbia Court of Appeal.

I have already written about the British Columbia Court of Appeal decision here. In that article, I argued that the BCCA judge’s decision to dismiss the Ktunaxa freedom of religion claim (by excluding such a claim to sacred land from the initial scope of section 2a) was wrong for two reasons:

There are three additional issues before the SCC:

All nine judges—including the new appointee, Justice Rowe—were in attendance.

The Argument of the Appellants (Ktunaxa Nation)

Peter R Grant, counsel for the Appellant, opened with a number of historical examples of Aboriginal people being forced to choose between those rights protected under the Charter (like the right to vote) or keeping their Indian status. Grant posited that this case is similarly about Aboriginal people being told by the government that their religious practices are less worthy of Charter protection than other Canadians.

The Appellants’ position on the Charter issue was that the lower courts incorrectly put internal limits on section 2a (by saying that section 2a did not protect a right like this one), instead of allowing the claim within 2a and then weighing the different values at stake under a proportionality analysis.

The Appellants argued that where a right to religious freedom under section 2a and an Aboriginal right to religious practice under section 35 are jointly put forward, each provision must be considered separately. When Aboriginal groups negotiated for section 35 in 1982, they never once thought their Charter rights were going to be supplanted. Aboriginal groups have the same right to section 2a’s promise of religious freedom that every other Canadian has. As such, the Minister’s failure to consider section 2a was an error in law. The Appellants argued that the correct standard of review of the Minister’s decision is correctness, not reasonableness. The Minister had a Charter right addressed to him, and didn’t address it—therefore, the standard is not whether this decision was within the range of reasonable alternatives (the reasonableness standard), but rather whether it was the correct decision.

The Argument of the Respondents (Minister of Forests, Lands, & Natural Resources and Glacier Resorts)

There were three counsel for the respondents: Gregory Tucker for Glacier Resorts and Erin Christie and Jonathan Penner for the Minister of Forests, Lands, & Natural Resources.

The arguments by Glacier Resort focused on how the resort went to “extraordinary lengths and made many changes to the Resort plans” (page 1, factum) to accommodate the needs of the Ktunaxa, and, up until 2009, the Ktunaxa never indicated that their concerns couldn’t be adequately addressed.

Jonathan Penner argued that 2a was not engaged in the first instance in this case for the following reasons:

Counsel concluded by arguing that the appropriate standard of review is reasonableness—the Court is limited to the reasons expressed by the decision maker (the Minister) and whether those reasons are within a range of reasonable outcomes. It was reasonable for the Minister to determine that section 2a was not engaged in this case for the above reasons.

Erin Christie argued that Crown consultation under section 35 was adequate in this case. The asserted right under section 35 here was the right to “exercise spiritual practices which rely on a sacred site and require its protection” (factum, 31). Counsel argued that the difficulty with this asserted right was that it was framed in absolute terms, making it almost impossible for the Crown to accommodate. The Crown engaged in “deep consultation,” (p. 35 of factum) with the whole consultation process lasting decades. And yet, the Ktunaxa now say they cannot reconcile the Proposed Resort with their spiritual beliefs in any way. The duty to consult, Haida says, does not mean a duty to agree, and the consultation process does not “give Aboriginal groups a veto over what can be done with land” (Haida, para 48).

There were fourteen interveners in this case. I have listed them below with links to the associated factums. 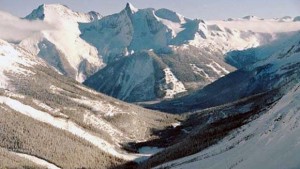 Qat’muk, or the proposed development site.

There were a number of common themes among the intervenors. Some argued about the scope of section 2a (that it should protect sacred sites [BCCLA] and communal religious rights [Evangelical Fellowship of Canada; Alberta Muslim Public Affairs Council]). Others argued for specific ways to weigh the proportionality analysis (that it should consider past colonial practices against Aboriginal religious freedom [BCCLA] or that it should consider the goals of reconciliation [Katzie FN, Canadian Muslim Lawyers Association]). Many of the Aboriginal groups argued about the sacred importance of land, and how that should be considered within the Charter [Katzie FN, Central Coast Indigenous Resource Alliance].

Meanwhile, the Canadian Chamber of Commerce argued that 2a should not protect religious beliefs that “restrain the otherwise lawful and competing behaviour of others that do not share the same religious beliefs” and further argued that, where section 2a and section 35 are both engaged, they should be considered together using a Doré analysis (the analysis done when a case involves applying the Charter to adjudicative decisions rather than legislative ones). The Attorney General of Saskatchewan argued that Aboriginal groups have reciprocal duties towards the Crown during consultation: they must not take unreasonable positions that frustrate reconciliation, and they must fully and clearly express their interests and concerns early in the consultation process.

The most powerful intervenor speech was that given by the lawyer from the Council of the Passamaquoddy Nation [at 01:32 of the webcast]. Speaking to the fact that the Ktunaxa were eventually unwilling to compromise in later negotiations, Paul Williams said:

“You have heard that Qat’muk has been logged, skied, hunted, and the Ktunaxa have not gone to court over these things. The Ktunaxa went to court when the government decided to take up the land in a way they could not accept. Court is confrontational, expensive, emotional, a last resort. But what you seem to be saying is: Canadian constitutional laws are about compromise and where is your compromise now? The Ktunaxa have compromised already. Sometimes there is no middle ground left.”

The other intervenors in this case were:

Much of the judges’ questioning seemed to centre around a concern that the claims of the Ktunaxa could result in an ‘exclusive’ right to the land. The Ktunaxa had apparently expressed a willingness to be accommodated initially, went to the negotiating table with the resort company, and then firmly changed their mind to essentially veto the project. McLachlin CJ, Moldaver J, and Abella J all expressed concern about the fact that there was no middle ground for the Ktunaxa. Was the Ktunaxa religious claim even a sincere one, given the fact that they were willing to compromise at first, and then later said their religious beliefs would not let them accept any accommodations? How do we deal with a position that has no middle ground when weighing values in a proportionality analysis? And what happens under a section 35 analysis, where the government’s duty to consult and accommodate runs up against what amounts to an Aboriginal veto of the development?

I firmly maintain the stance that the Ktunaxa’s section 2a claim was infringed in this case. There is no apparent reason, such as coercion, that should limit this claim from the scope of 2a. As noted by Shibogama, the development is on Crown land, not private property. As Crown land, any government decision related to it is arguably subject to the Charter. As such, coercion of the developers doesn’t come into it. Further, if we don’t include sacred sites into section 2a, then we essentially exclude Aboriginal spirituality from the Charter. Any competing claims, like those of developers, should be considered under section 1, which is a much finer tool than the bluntness of excluding claims from the scope of 2a.

However, a more difficult barrier set before the appellants may be the precedent established in Doré, which clearly outlines that Charter decisions are reviewed on a reasonableness standard, not a correctness standard. The reasonableness analysis asks whether the decision “interferes with the relevant Charter guarantee no more than is necessary given the statutory objectives” (Doré, para 7). The judges showed interest in knowing how the Ktunaxa veto on the proposed project could be weighed at all under this reasonableness analysis. Counsel for the appellants pointed to the fact that many religious claims are framed in absolute terms—the Hutterian in Alberta v Hutterian Brethren didn’t just say, no colour photos for our driver’s licenses; they said, no photos, period. But administrative law principles did not arise in that case. It is clear that the courts were interested—and perhaps concerned—about how a proportionality analysis, pursuant to the framework set out in Doré,  would be done in this case.

To this point, there were a number of questions from the bench on how section 35 and section 2a should work together. Section 35 protects certain rights, like hunting, fishing, and practicing one’s culture, but only if they meet the Van der Peet test. The temporal element is crucial—only rights that existed pre-European contact are protected under section 35. The bench seemed concerned that the Ktunaxa’s spiritual beliefs were only recently asserted, meaning they would not meet the Van der Peet test. But Aboriginal groups in Canada are still protected under the Charter, like every Canadian.  They are not “antiques preserved in amber from the pre-colonial past” (factum of Te’Mexw, page 1). The Ktunaxa beliefs could still meet the test for section 2a, which has no temporal element as a barrier, while not meeting the test for section 35. The factum of the Attorney General of Canada gives an excellent overview of how the two sections work, arguing that though the sections are complementary, they are not interchangeable. And the test under 2a is easier than 35. If the Ktunaxa’s claim fails under 35, which it may very well, I can only hope the court allows the claim within the scope of 2a, where it rightfully belongs. This would protect the current spiritual practices and beliefs held by current Aboriginal groups, though it still leaves the court with the difficult decision of whether the religious right can be limited by legitimate state objectives. It will be very interesting to see what our highest court decides.