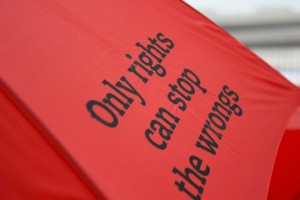 Nearly three years after the Supreme Court (“the Court”) issued its ground-breaking judgment in Canada (Attorney General) v. Bedford, 2013 SCC 72 [Bedford] and two years since the federal government passed Bill C-36, the Canadian polity remains mired in philosophic, moral, and political debate surrounding the acceptability of sex work. The Protection of Communities and Exploited Persons Act, S.C. 2014, c. 25 [Act] adopted the so-called “Nordic model” that has been implemented by multiple European countries, and endorsed by many other countries. While research in Canada on the impacts of the new legislation remains nascent, more research is emerging on the many negative effects of the Nordic model. As moral debate rages, it detracts from a more productive discussion about practical reform strategies that are capable of addressing the urgent social problem of criminalized sex work.

The Promise of Change in Bedford

On December 20th, 2013, the Court invalidated three sections of the Criminal Code pertaining to prostitution on the grounds that they jeopardized the sex workers’ section 7 Charter rights to life, liberty, and security of sex workers, failed to comport with principles of fundamental justice, and could not be saved by section 1. The relevant sections and the reasons behind their invalidation are as follows:

The Court’s judgment and all of the appellate judgments before it was monumental for a number of reasons. Firstly, the Court’s opinion elevated the testimony of sex workers over the federal government, which is rarely done in an evidentiary context. Secondly, Chief Justice McLachlin writing for the majority stated that the invalidated laws affirmatively “aggravate the risk of disease, violence and death” (para 88) and rejected the argument that sex workers could avoid these risks simply by choosing not to engage in sex work (para 85). By doing so, Chief Justice McLachlin rejects paternalistic assertions the the provisions served a protective function for “victims,” and upholds sex workers as autonomous citizens capable of comprehending and managing their own risk.

The Bill that became an Act on November 6th, 2014 sought to “reduce the demand for prostitution with a view to discouraging entry into it, deterring participation in it and ultimately abolishing it to the greatest extent possible.” The Act then added five new provisions to the Criminal Code to meet these objectives, which are:

By adopting the Nordic model of criminalizing the activity of all clients and pimps, the federal government completely failed to take into account the very needs of the “victims” they were trying to protect that were so clearly articulated in Bedford. The legislation avoided any questions of diversity within the industry and of persons choosing to do sex work by placing the whole industry in the context of exploitation and coercion. Moreover, aggressive targeting of clients by police has historically led to increases in sex workers’ risks and experience of violence in Sweden, and in Canada when occasional police sweeps occurred. Fear of arrest erodes the client base, and reduction in demand is met by greater competition for clients. Further, sex workers are forced to work in secluded, poorly lit, industrial areas where purchasers are more likely to evade detection and arrest. Sex workers are also compelled by fearful clients to, once again, conduct negotiations and screenings rapidly. Furthermore, sex workers are less likely to work in groups, which prevents workers from developing safety networks or warning systems. Thus, while the Act is hoping to ameliorate the conditions of sex workers – especially ones that work on the street – it may actually render the trade more secretive which will at best retain the status quo, and at worst compound the violence sex workers face.

While countries that adopted the Nordic model continue to view sex work as form of violence against women that is necessarily exploitative, other countries have instituted reforms that recognize sex work among consenting adults as a form of work that can be regulated. In 1988, the Australian state of New South Wales decriminalized sex work, and New Zealand followed suit in 2003. Decriminalization involves the removal of all sex work-specific laws and treats sex work as another business sector that must operate within the existing laws of a state. The legislated reforms permit the commercial sale of sex by individuals over the age of 18. By recognizing sex work as an occupation that requires many competencies, the states safeguard the human rights of sex workers and empower sex workers to control their working conditions. Studies on the impact of New Zealand’s Prostitution Reform Act 2003 has shown that 90% of sex workers are aware of their legal and employment rights and are utilizing their rights to govern their work in a safe and healthful manner.

If Canada were to adopt the New Zealand model, all sex work-related provisions would be removed from the Criminal Code, and regulation would most likely be pursued by the provinces and municipalities. In the provinces, occupational recognition would grant sex workers income security, access to statutory protection and to legal recourses normally associated with employment. Some examples of how this model could work are as follows:

Finally, research from New Zealand has also indicated that with the decriminalization of their work, sex workers are more likely to call on the criminal justice system when they are victims of crime, and both street-based and indoor sex workers have reported better relationships with the police. In Canada, sex workers would also be able to use the Court’s findings in Bedford to challenge restrictive municipal laws (e.g. zoning laws for brothels, conditional licenses) or provincial laws on the grounds that the laws make it punitively burdensome to carry out work in a safe and healthy manner.

Despite the existence of multiple models, there are no wholesale solutions that will address all the problems associated with sex work. Research has demonstrated persistent drawbacks, however, in engaging in moral arguments that position sex workers as victims in need of salvation or deviant agents that disturb public morality and welfare. The Canadian government should pursue a policy that refrains from assumptions of inherent violence or immorality in sex work, and instead allow sex workers’ voices to influence the development of laws aimed at them. While the philosophic, moral, and political debates may continue to rage, the law should empower sex workers to minimize the risks they encounter, and by doing so, protect them.

Irina is a third year law student at Osgoode Hall Law School. She is the Managing Editor at TheCourt.ca. Prior to law school, she obtained an Honours BA from the University of Toronto with a specialization in International Relations and a minor in Spanish. When she’s not running around campus, Irina likes to paint, draw and write stories.