And This Little Piggy Went to the Market: Court Rules that Quebec’s Farm Income Stabilization Program is not an Insurance Contract 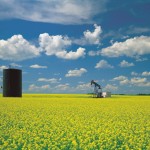 Lafortune v Financière agricole du Québec, 2016 SCC 35, is a recent decision by the Supreme Court of Canada directly impacting Québec’s farming industry.  The decision affirms La Financière Agricole du Québec’s (“La Financière”) administration of a farm income program known as the Programme d’assurance stabilisation des revenus agricoles (“ASRA Program”), concluding that such program is an administrative contract, rather than a contract of insurance under the Civil Code of Québec (“CCQ”).

The Court rejected an appeal by Québec farm producers who took issue with their compensation calculation under the ASRA Program.  The appellant producers argued that the ASRA Program was a contract of insurance under the CCQ, and that the defendant had breached the contract terms by failing to heed the reasonable expectations of the insured producers.

The Court ruled in favour of La Financière and affirmed the lower court’s decision that the reasonable expectations rule did not apply because the ASRA did not constitute a social insurance program.  Rather, administration of the ASRA was bound by private rules of contract law.  Accordingly, La Financière had broad discretion to establish the calculation method for compensating the appellant producers.  The Court stated that La Financière dually satisfied its requirements of good faith and contractual fairness.

The ASRA Program is a collective type of insurance that protects farm specialized producers against fluctuations in market and production costs. The objective of the ASRA is to ensure the average farm producer does not earn less than a predetermined percentage of the average income of a skilled worker.  The ASRA provides financial support to farm producers in exchange for their participation and payment to La Financière.

Here’s how it works: Farm producers typically subscribe for a minimum of five years.  The subscription includes all of their annual production for each designated product being insured and a contribution per unit of a designated product being paid by the producer.  The producer’s incentive to participate in the program is the ability to maintain a positive year-end income.  The ASRA recompenses participants when the average selling price is below the stabilized income. The stabilized income is contingent on the production cost of specialized farm businesses.

La Financière is the statutory authority that administers the ASRA program.  This public body was created to sustain the progress of the agri-food and agricultural sector in Québec.

The appellant producers claimed that the ASRA is a contract of insurance pursuant to the CCQ.  As such, the appellants argued that the Court must determine the reasonable expectations of the producers.  The premise of this argument is that an improper calculation method was employed by La Financière. Specifically, the hog and piglet producers contested La Financière’s administration of the ASRA compensation amounts from 2006 to 2008.  The appellants ultimately contended that any ambiguity should be interpreted by the Court in favour of the insured under the ASRA, as a contract of insurance.

The Decision In a Nutshell

First, the Court held that the ASRA is an innominate administrative contract.   Second, the Court enunciated that in any event, no ambiguity existed in the contested provision before the Court.  Thus, the sole task before the Court was a determination on whether La Financière calculated the appellants’ compensation pursuant to its obligations of good faith and contractual fairness.  Given that the appellants did not allege a specific error coupled with the fact that the correct calculation process was employed, the Court found that La Financière had fulfilled its contractual duties.  The appeal was therefore dismissed.

Delving Deeper into the Court’s Ruling

The Court characterized the ASRA Program as encompassing various contractual provisions. The ASRA did not reveal itself anywhere near to the classical form of a simple agricultural subsidy program.  Therefore, contingent on the Court’s circumstantial review, the ASRA was distinguished as an innominate administrative contract not bound by public law rules.

The Court rejected the appellants’ submission that the ASRA was specifically a contract of insurance because the ASRA lacks the three elements for this type of contract outlined in the CCQ: “(i) an obligation on the client to pay a premium or assessment; (ii) the occurrence of a risk; and (iii) an obligation on the insurer to make a payment to the client if the insured risk occurs.”  Given this obvious shortcoming, La Financière was not bound by the Court’s interpretive rules specific to contracts within the purview of the CCQ, including the reasonable expectations rule.

Instead, the Court ruled that La Financière had discretionary scope to apply the government scheme, subject to considering the overall public interest, as well as the obligations of good faith and contractual fairness pursuant to the CCQ. La Financière fulfilled these obligations, as evidenced by its engagement in thorough consultations during the economic study.  Furthermore, there was no evidence adduced to imply an inference of bad faith.  Even if the ASRA Program had been classified as a contract of insurance, the court determined that the reasonable expectations rule does not touch the case at hand because the provisions on appeal were unambiguous.

Forging Ahead: Implications Across Canada

Participant farming businesses under the ASRA Program need to know that the ASRA is not a contract of insurance.  The ruling sets strict parameters on the application of the doctrine of reasonable expectations for insurance contracts in Québec, enunciating that the doctrine rule can only be erected in light of an ambiguity.  Further, the ruling has broader applicability across the nation, as it simplifies whether the principles of public law or private law apply when parties contest government decisions based on unconventional government compensation programs.  Finally, a shapeshifting puzzle piece is the application of these principles to other income stabilization programs in Canada.  To that end, in the future, a plausible finding could mean that these programs are private law contracts.