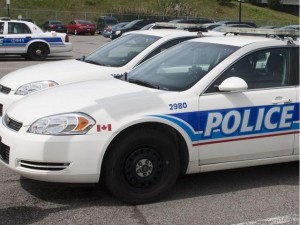 On January 12, the Supreme Court of Canada (“SCC”) dismissed the Ottawa Police Service and civilian Mark Krupa’s application to appeal the Ontario Court of Appeal’s (“OCA”) decision in Jacobs v Ottawa (Police Service) 2016 ONCA 345. By doing so, the SCC upheld the OCA’s decision that, under the Police Services Act RSO 1990, c P 15 (PSA), administrative police disciplinary hearings are to be determined on a standard separate both from the regular civil standard of a balance of probabilities and the criminal standard of proof beyond a reasonable doubt. Rather, hearings are to be conducted on the standard of “clear and convincing evidence,” according to the words of the PSA (s 84(2)). This decision gives rise to some concerns and signals a need for change within the PSA to ensure compatibility with other jurisprudence and to honour the increasingly important principle of police accountability.

Facts and the Trial Decision

Constable Kevin Jacobs was found guilty of misconduct by a police hearing officer for Unnecessary Exercise of Authority under the PSA with respect to the arrest of Mark Krupa. The decision was upheld by the Ontario Civilian Police Commission (the Commission) and by the Superior Court of Justice. The main issue throughout the proceedings, and ultimately at the OCA, was whether the Commission and the hearing officer erred in law by judging Constable Jacobs’ actions on a balance of probabilities instead of on a standard of clear and convincing evidence.

At trial, the court determined that the Commission and the hearing officer did not err in using the standard of a balance of probabilities, finding instead that, as a civil matter, this is the only possible standard to use. The reference to “clear and convincing evidence” in the PSA, they found, is only to be used as a standard to judge the quality of the evidence and is not a standard of proof itself.

The OCA reversed the lower court’s decision, finding that the concept of “clear and convincing evidence” is instead the standard that police misconduct hearings are to be determined on. This standard, the OCA held, falls somewhere in between proof on a balance of probabilities and proof beyond a reasonable doubt.

The OCA and Questions Unanswered

The main distinction between the judgments by the Superior Court of Justice and the OCA falls on the precedential value of two cases: FH v McDougall 2008 SCC 53, and Penner v Niagara Steel (Regional Service Police Board), 2013 SCC 1. The former case arose in the context of a civil sexual assault case, where the SCC was tasked with determining whether the appeal court erred in using an intermediate standard that falls between proof beyond a reasonable doubt and a balance of probabilities. There, the court remarked that there is one standard in civil cases: proof on a balance of probabilities. While the trial court in the case at hand found this to be an explicit determination that the standard cannot be departed from, the OCA found the case to be of limited application and not to stand for a universal standard that is primary to statutorily defined standards.

With regard to Penner, the courts had similar disagreement about applicability. In that case, the court stated that the “clear and convincing evidence” concept was a standard somewhere between balance of probabilities and beyond a reasonable doubt.  At trial, the court found this case to have limited value as it dealt with a different context, and the court did not make a determination as to the merits of the standard, as the parties had no disagreement as to the standard being applicable. On the other hand, the OCA found that there was no explicit agreement on the standard in the record of the case, and that the remark should not be written off as obiter. This characterization is unconvincing, as the case does not refer to McDougall or purport to change the law it arguably established.

Thus, much of this determination falls on the specific courts’ interpretation of the applicability of two cases, suggesting that there is perhaps confusion as to the state of the law. Unfortunately, the OCA did not focus much analysis on why one case is legally correct as opposed to the other. In light of the confusion, the OCA ought to have provided insight into the purpose of the standards, the history of the civil standard, and what authority the legislature has to move away from those standards in an administrative or other context. Additionally, the SCC’s rejection of the appeal misses the opportunity to provide judicial insight into these issues.

By accepting the remarks in Penner, the OCA did not undertake much of their own analysis to determine what the meaning of “clear and convincing evidence” is. The trial court found that the evidence provided doubt that the clear and convincing evidence concept was its own standard, noting a lack of legislative commentary. It additionally pointed out the use of the concept in other civil contexts as a matter of fulfilling the proof on a balance of probabilities standard.

A Third Standard of Proof

The OCA decision and the SCC’s dismissal of the appeal have been criticized as providing a different standard for police than others, allowing a larger margin of mistake for police officers than employees in other fields.

Proponents of this outcome may argue that police work–being difficult, case-specific, and with the highest of stakes–requires space for police to conduct their work without unreasonable fear of disciplinary action and other repercussions. Additionally, it is argued that the PSA provides such serious potential disciplinary remedies that the standard ought to be higher than for other professions.

However, others are deeply critical of this decision, suggesting that raising the standard for police is both legally incorrect and does a disservice to society’s need for police accountability. Indeed, this decision may work to reduce an already shaken public trust in police in Ontario in light of the alleged police brutality and misconduct against racialized people in particular (for example the death of Abdirahman Abdi, Black Lives Matter’s police ban, and the ongoing debate over “carding”). In light of current tensions between members of the public—especially marginalized communities—and police, the judiciary’s interaction with these issues should be a thoughtful process.

While the court has spoken, the story has not come to an end. It may be time for the Ontario legislature to amend the PSA and do away with this potentially harmful new standard as a starting point for improving public trust in policing.